Home | Your eyes | Eye diseases | Glaucoma - green star
Glaucoma, also known as a green star, is a general term of eye disease, in which the optic nerve is damaged. In the past, the eye had a greenish color in the final stages of the disease, hence the name green star. Fortunately, we hardly see the final stage in current times. The most common cause of this disease and also the best medically treatable cause is high intraocular pressure. However, glaucoma with normal or low intraocular pressure also exists.

In addition to high eye pressure, the risk factors for glaucoma include positive family history, myopia, as well as farsightedness, inflammation, tumors, eye injuries, and postoperative conditions. Among systemic diseases, it is diabetes, neurodegenerative diseases, vascular diseases, the use of certain types of drugs, e.g. steroids, antidepressants, smoking. Glaucoma is a disease that affects all ages. A congenital glaucoma also exists—babies are born with this eye disease. Another type of glaucoma is more common with increasing patient age. After the age of 40, it affects about 1% of the population, after the age of 70, it is more than 4% of the population.
Glaucoma is the second most common eye disease in the world after cataracts, which causes blindness—irreversible in this case. It can develop in the eye for several years without any symptoms, and the later the treatment is, the more complicated and less promising the treatment becomes. The best prevention is regular check-ups at the eye doctor. 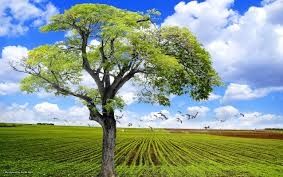 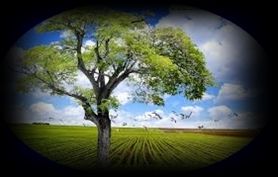 Several forms of glaucoma exist. Let's explain some of them.

Many forms of glaucoma do not initially have any specific warning signs. Patients often notice their symptoms at an advanced stage of the disease, when parts of the optic nerve are already damaged irreversibly. As glaucoma-induced vision loss cannot be restored, it is important to undergo regular eye examinations, which include, in addition to measuring eye pressure, e.g. examinations of outflow pathways, visual field testing, and optic nerve examination. If glaucoma is diagnosed at an early stage, vision loss can be significantly slowed down, and in some cases even stopped altogether.

The most common symptoms of glaucoma, depending on the type and stage, are:

The main risk factors include:

Glaucoma cannot be completely cured, and its course can slow down or stabilize if it is detected and treated in an early stage. Several glaucoma treatment methods exist currently. Each treatment method aims to reduce the intraocular pressure to values that do not damage the optic nerve and to affect potential risk factors.

In the first step, the treatment of glaucoma is carried out by applying eye drops or drugs to reduce eye pressure.

When the conservative treatment fails or cannot be applied when intraocular pressure increases slightly, laser surgery may be considered. It takes place under local anesthesia, and the doctor focuses the laser beams on a specific tissue in the eye outflow tracts, improving the drainage of the intraocular fluid and reducing the eye pressure. The surgery only takes a few minutes and is almost painless. It has less frequent complications than conventional surgical treatment. More about SLT.

We recommend classic glaucoma surgery after all other options fail, either when the glaucoma is detected in a very advanced stage or young patients. The surgery most often takes place under local anesthesia and most usually it aims to create an artificial connection between the inside of the eye and the subconjunctival sac, through which the intraocular fluid can drain continuously.

MUDr. Ivo Ďurkovič, MPH: ´Laser surgery and especially surgical treatment are the last treatment options for glaucoma. We recommend it only if the drug treatment is unsuccessful or the patient has difficulty using it. However, when the disease is detected at a later stage, the procedure is recommended immediately to prevent the disease from rapidly getting worse.´

Untreated glaucoma leads to blindness. Therefore, it is key to not neglect preventive medical examinations, especially in patients older than 40 years of age. Only an ophthalmologist can diagnose the problem in time and suggest proper treatment.